Sicily has a very long history of producing exceptionally gifted people in all fields. Then they either make changes to the world so discreetly that few people know their name; or else they become world famous, but nobody knows they are Sicilian! Times of Sicily has decided to change all that, with your help. Look at our list of accomplished Sicilians, and cast your vote to rank the Top Ten Greatest Sicilians of all time.

Archimedes
A mathematician, astronomer, engineer, and all-around ingenious inventor, born in Syracuse in 287 BC. You probably know the story of Archimedes leaping out of his bath and running through the streets naked, shrieking “Eureka!” If you disliked algebra at school, you may not know that he also invented integral calculus… which was later “rediscovered” by Leibniz and Newton, who spent the rest of their lives quarreling over who thought of it first. A long-lost document by Archimedes, read with the help of X-rays in 2008, proves he beat them both by very nearly 2,000 years.

Renato Guttuso
A painter from Palermo, Guttuso’s most famous picture is called “La Vucciria”. It was his mouthwatering illustrations in an Italian cookery book by Elizabeth David that made England first fall in love with Italian cuisine in the 1950s. Before this book, the British had literally never heard of pasta, Parmesan cheese, olive oil, salami, aubergines, bell peppers, or courgettes.

Jawhar al-Siqilli
Jawhar conquered half of north Africa and founded the city of Cairo, which is the largest city in the Arab world and the 16th largest city in the whole world. This 10th-century Sicilian was taken to north Africa as a slave, earned his freedom, and eventually became the greatest general of his age. Throughout his life, he was known as “al Siquilli” which means “The Sicilian”.

Domenico Dolce (of Dolce e Gabbana)
This half of the world-famous fashion duo comes from a small mountain town in central Sicily called Polizzi Generosa.

Empedocles
A philosopher born in Agrigento, Empedocles was the inventor of the ancient concept of earth, wind, fire, and water as the four elements – an idea that persisted throughout Europe until Shakespeare’s times and beyond. This and other ideas of his remained the basis of Western medicine for 2,000 years. Although his beliefs ultimately turned out to be based on errors, his track record at curing sick people was absolutely legendary and he even managed to stop serious epidemics from spreading. 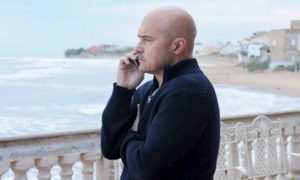 Whilst Inspector Montalbano may be Sicily’s most famous person for many English fans, he is sadly not a real person. But Andrea Camilleri, the Sicilian writer, and Director who invented him are definitely real! In some countries, he has done more than any other person to spread a positive image of Sicily and to inspire people to visit our island on holiday.

Antonello da Messina
The works of Antonello da Messina fill the art galleries of Europe. He was the best exponent of Sicilian painting in the fifteenth century, and his techniques inspired other artists of the Italian Renaissance. 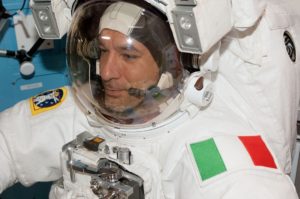 Luca Parmitano
You find Sicilians wherever you go. Nowadays they are even in space. Sicilian Astronaut Luca Parmitano is the first Italian to be selected to join the other astronauts already present on the International Space Station. Together with the American astronaut Chris Cassidy, Parmitano has been given a mission to walk in space and prepare the space station for the addition of another section.

St Agatha
Saint Agatha of Sicily, patron saint of bakers and breast cancer victims, is one of the eight women, along with the Virgin mary, commemorated by name in the Catholic Canon of the Mass. She refused to marry a Roman official, who took revenge by having her imprisoned in a brothel. Refusing to “work” there, and renouncing her Christian faith, he had her breasts cut off. She was eventually condemned to death.

St Lucy
Saint Lucy of Syracuse was an early Christian martyr. She has become the patron saint of the blind, as well as the patron saint of Siracusa in Sicily and the Caribbean island of St. Lucia. She was a young Christian martyr who died during the Diocletianic Persecution. She is venerated as a saint by the Roman Catholic, Anglican, Lutheran, and Orthodox Churches. She is one of eight women, who along with the Blessed Virgin Mary, are commemorated by name in the Canon of the Mass. Her feast day, known as Saint Lucy’s Day, is celebrated in the West on 13 December 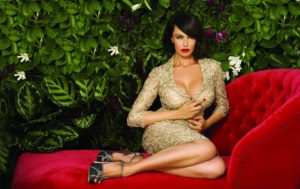 Maria Grazia Cucinotta
You may well have lusted after this beautiful actress without even realizing she was Sicilian. She played the postman’s gorgeous wife in “Il Postino” and has also acted in Bond girl, the Cigar Girl, and in the James Bond film The World Is Not Enough. 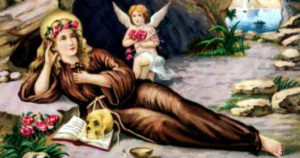 You have to include a woman who saved the lives of thousands of people centuries after she herself died. Saint Rosalia was a princess raised in Palermo in the early medieval Norman period, who chose to live the life of a hermit nun in the caves up on Mount Pellegrino, outside Palermo. She must have been motivated indeed since it was infested with lions in those days.  several hundred years later, when Palermo was dying from the plague, she was given a special funeral and begged to save the city; the plague stopped within days, and she has been Palermo’s patron saint ever since. Palermo oddly enough had four patron saints, all of whom were fired when Rosalia replaced them, but who can still be seen at Palermo’s legendary Quattro Canti crossroads, standing about looking sheepish.

Giuliano
Often called “the Sicilian Robin Hood,” Giuliano was a bandit who rose to prominence in the disorder which followed the allied invasion of Sicily in 1943. Many Sicilians starved to death during WW2 so anyone who brought food to the island was considered a hero, no matter what the circumstances. 70% of the food in Sicily was brought in as part of the black market. Giuliano became an outlaw after shooting and killing a police officer who tried to arrest him for black-market food smuggling. He maintained a band of subordinates for most of his career. In many things Sicilian, though, there is usually a hidden story behind the story. Why was there a government-imposed bottleneck on food reaching Sicily? And why were the authorities so tough on food smugglers, given the situation? Think about Giuliano – he was a local power broker in Sicilian politics between 1945 and 1948. We wonder if he was really working for both sides.

Nobel Prizewinning poet Salvatore Quasimodo won the Nobel Prize for Literature in 1959 “for his lyrical poetry, which with classical fire expresses the tragic experience of life in our own times”. Along with Giuseppe Ungaretti and Eugenio Montale, he is one of the foremost Italian poets of the 20th century.

Luigi Pirandello was an Italian dramatist, novelist, poet, and short story writer. He was awarded the 1934 Nobel Prize in Literature for his “bold and brilliant renovation of the drama and the stage”. Pirandello’s works include novels, hundreds of short stories, and about 40 plays, some of which are written in Sicilian. Pirandello’s tragic farces are often seen as forerunners of the Theatre of the Absurd. 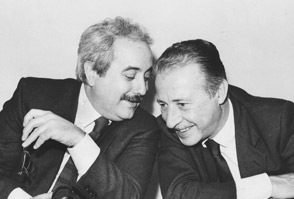 These two heroic judges managed to change the Italian legal system so they could put hundreds of Mafiosi on trial in a group, rather than waiting the customary decades to work through them all individually – there would not be enough years in one lifetime to get that job done. The Mafia murdered them both but it has never recovered its position. Its repulsive presentation of itself as a Robin Hood organization that helps the weaker members of society was finally shattered, and now there are always voices that find the courage to speak out against it and its evils.
***
As in all “Top Ten” lists, we are sure we ended up missing out on a lot of very important people.
We are thinking of the “Veristi” writers Giovanni Verga and Luigi Capuana;
of Giovanni Meli (of the Scuola Siciliana) and of Jacopo da Lentini who invented the poetic form of the sonnet which was then made famous by Shakespeare;
of Luigi Natoli (author of the historic novel “I Beati Paoli”);
Vincenzo Florio who created the Targa Florio race in Sicily, the oldest road race in the world;
Claudia Cardinale who played in the movie The Leopard (alongside Alain Delon)
The comedians Franco Franchi e Ciccio Ingrassia;
Actor Adolfo Celi who played in Italian TV classic Sandokan, the Thunderball (007 series); La Baronessa di Carini;
The TV showman Fiorello;
The famous free diver Enzo Majorca who holds several world records
….and many, many more, who probably all deserve your vote.